Have you got the bottle to swap?

We’re all familiar with the ‘Be Drink Aware’ campaigns, and immediately associate the phrase with advice around being sensible with alcohol. But here, we switch our attention to being aware of what we’re consuming when we turn to bottled water.

You may think that the fizzy drink or the healthy ‘smooth’ fruit drink markets are at the top of the beverage ladder, but you’d be wrong. It’s the bottled water market that’s the fastest growing drinks market in the world.

Why is this? Well, some would say that it’s simply down to clever marketing, because in developed nations, there’s simply no need for it. The water that comes from our tap is generally potable (safe for drinking and preparing food without risk of health problems) and has usually been treated in some way to remove toxins and pollutants.  These treatments can be effectively filtered out at point of use, making the water more pleasing to the palette.  Simple!

The last twenty years has seen a veritable explosion in the production and consumption of bottled water. The reasons suggested for this are plentiful and diverse, but the overriding hypothesis seems to be that bottled water is somehow healthier and, well, just ‘better.’

The thing is … it isn’t! Many bottled waters are little more than overvalued and over-treated tap waters that have gone through some sort of ‘purification’ when there was no evidence to suggest that they were contaminated in the first place. And the premium price tag on bottled water is quite often meaningless.

A study in the USA found that almost 50% of bottled water is municipal tap water and that other bottled water was found to be less regulated than tap water in terms of contaminants, and oftentimes more polluted with toxins than regular tap water. It doesn’t add up.

What does add up is the waste produced by our thirst for the bottled stuff.

Take a look at these numbers.

The best option we have economically, for sustainability and for our health and well-being is to drink filtered water.

Although it might initially appear expensive buying a good quality water filter, in the long run, your investment will have paid for itself while copious quantities of bottled water would have continued to be bought and hauled home from the supermarket. A water filter would look after your body and your wallet!

And yes, there’s the cost of the replacement filter element at regular intervals, but look at things as a whole. How many bottles won’t be going to landfill or to recycling centres to be processed? How much total energy will be saved (including your own)? And how lovely would it be to have healthy, great-tasting water right at your fingertips, day or night, 365 days a year … on tap?

Whether it’s the hard water in your area that you’re not struck on, or maybe it’s the slightly bleachy odour that comes through from the treatment process, a filter is available for your local conditions and requirements, enabling you to get the water you want.

Great looking, great tasting, clear water is ready and waiting for you. So … have you got the bottle to swap? Take Charge. 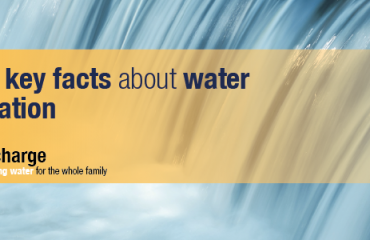 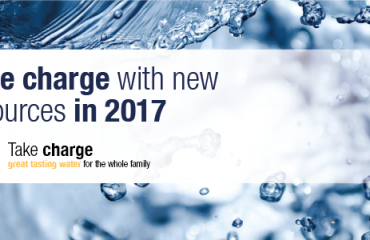 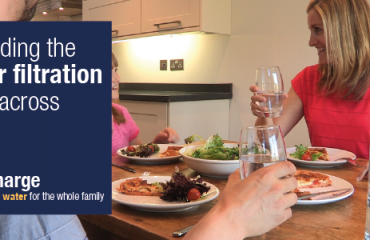